Published by TomFrancis on February 19, 2016 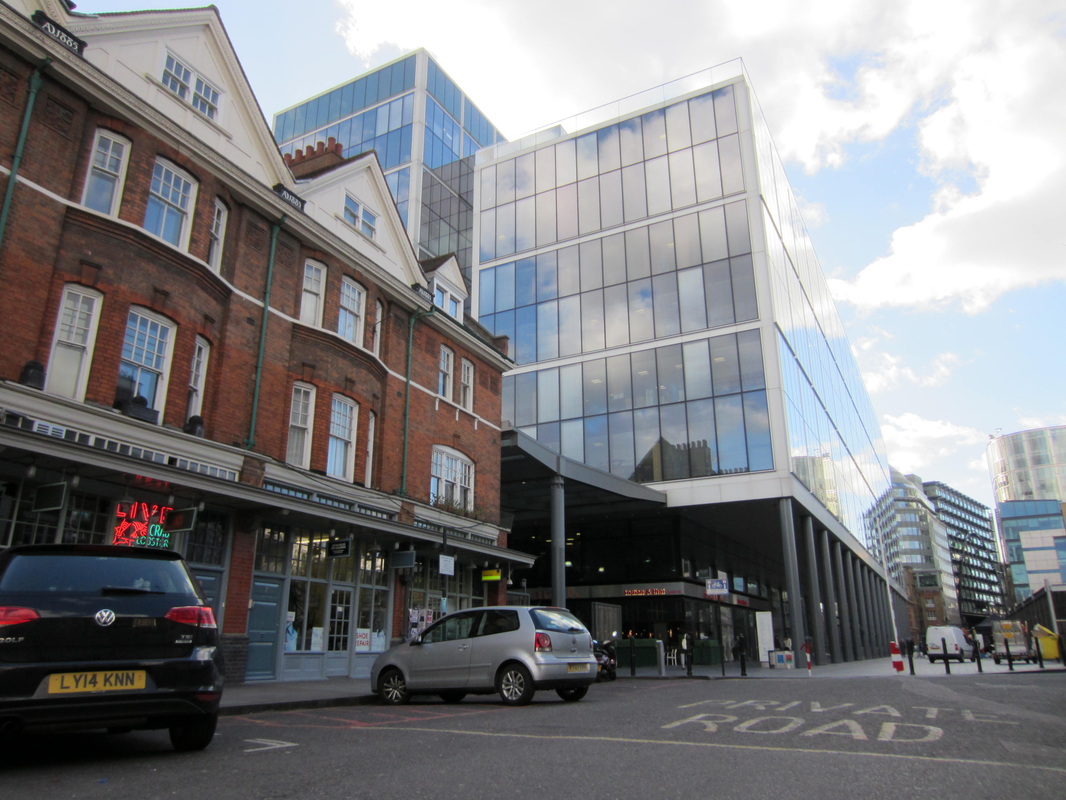 Any age may produce some wonderful buildings.  Every decade of the 20th and still-young 21st century has its masterpieces of the built environment.  But let’s focus on the everyday – the ordinary, characteristic housing, public buildings, or offices – and leave the Lubetkin penguin pool and the Frank Lloyd Wright houses in their coffee table books.   When you look at the everyday, it is hard to deny that there has been a catastrophic decline in the quality of architecture across the course of the 20thcentury.

The urban fabric of previous centuries seems to exist in a complex state of intercommunication.  But the buildings of today are dumb.  Each blank and glossy box says nothing to its surroundings and is deaf to what they may have to say.  They do the job, granted – they are more watertight, energy-efficient, etc, than their predecessors of 100 years ago.  But a building should not be just a machine for working / living.  A building should say something – it should have some expressive power as well as functional efficiency.  “It works” – you could just as well say that of grim institutional catering.  But food is not merely fuel, and neither should buildings merely be structures. There are emotional, expressive and even spiritual aspects to both eating and living-in-shelter.  These aspects can indeed be ignored, and ignoring them is not lethal.  But it is surely impoverishing.

So why are huge slabs of banality getting dolloped out across the cities of the world like so much prison stodge?

The usual narrative explanation is that “we” now favour the International Style, whose debased progeny litters the cities of the world, and that it is the culmination of the reaction against 19th-century excesses of ornamentation.

That explanation is ridiculous.  Whose reaction was this?  The architects’? Architects are not fine artists and they don’t run architecture.  They propose, but God (in this case, the god is Mammon) disposes.

It’s blindingly obvious why the International Style appeals to patrons.  It’s cheap.  A blank box built out to the limits of the plot of land is the best way to maximise revenue.

Really the question should be: why did it take so long for architecture to get so bad?  In other words:

–    why is it only quite recently that everyone started trying to rinse out every last drop of value from every construction project?

–    what other motivations were there in the past that protected us for so long from the drab rubbish of today?

Architecture has always been imposed by the powerful.  But the powerful used to be individual people, who not only wanted to make money – or at least minimise expense – in the projects they commissioned but also wanted to build up their social capital.  A magnificent, impressive, ostensibly wasteful building project would serve to enhance the patron’s standing.  He or she would be enriched by it, though not directly on the bottom line.

But capital is managed by committee now rather than deployed personally, so none of that can now apply. Construction is run by developers, not princely owner-occupiers.  It’s in the hands of agents rather than prime movers.  Buildings are grim because no one in power gains from them being good.

So what of the future? While large-scale development remains a favourite mechanism for money-laundering and wealth concealment, we can expect the current age of dreary anonymity to endure.  But nothing lasts for ever.  Once the new global super-rich stop feeling the need to conceal their tracks, and start wanting to build up non-monetary forms of wealth, we may see an explosion of expressive building to rival the Italian renaissance.

10 Rules Of Market Sizing The demand for market-sizing work keeps growing.  So much unstructured, “flat” information is published online that clients have almost come to expect a readily available answer to any question they Read more…

The Quantified Self “Quantified Self” (QS) refers to a family of technologies and products now moving rapidly into the mainstream. By and large, these are mobile apps or wearable devices that enable you to monitor Read more…

The Role Of Big Data In Big Decisions